If you’ve been wondering what to listen to lately or perused Spotify and social media searching for a new or yet-unknown band that would restore your faith in The State of Music, our Emerging feature is for you. We checked in with a few of the bands we think have a unique voice in the musical landscape to inspire a new generation of concert-goers and record-buyers alike. Read on to get a taste for what’s in the Fall 2020 Issue and find more background and photos on each of the bands featured.

This installment is on Camlann, a Jakarta-based band creating a buzz for themselves as some of the youngest producers of contemporary post-punk.

One of the first things I noticed about Camlann was their name. A reference to the Battle of Camlann in Arthurian legend which led to the deaths of Arthur and Mordred, this Anglo-Saxon myth seems like an odd choice of name for a band of goth teenagers based in Southeast Asia. Upon further inspection, the mythology surrounding the events at Camlann represent a parallel to what seems very relevant these days: the old clashing with the new, the establishment of power and the separation between faith and politics. These were relevant issues in 5th/6th century Arthurian legend and persist today, specifically in the band’s hometown of Jakarta, which is known as a capital city with deep roots in cultural diversity, being occupied by various cultures and religions dating back as far as 400 BCE. The many overthrows of political figures and religious upheaval that would be involved in this kind of history makes a clear thread of connection to the themes in the Battle of Camlann.

Fittingly, the band’s debut release The Forgotten Lost Fragments (2020) on Cold Transmission Music focuses heavily on religious imagery with songs telling the story of Father Johannes Bianchi (whose gravesite is depicted on the album cover), a Catholic priest who falls in love and has to choose between romantic love and his faith. For a trio of artists barely old enough to vote in Indonesia, this is heady stuff that shows precocious maturity and talent.

On their name, the band shared, “The myth and mystery behind the Arthurian legend quite influenced our music to sound somehow mysterious, dark, and melancholic. Somehow the mystery that lies behind King Arthur and his final battle shaped this band to be somehow mysterious in the sound. Somehow it also made the theme of our lyrical contents to be sometimes mysterious and myth-like. This name really gives us a mysterious vibe, especially in the sound of our songs.”

The first video released ahead of their debut album was “To Vatican” which helped create a buzz around Camlann and anticipation about their first release.

Another parallel to the clash of the “old vs. new” is the fact that Camlann’s music is so referential to the early days of post-punk and the and the exploration of synthesizer sounds, focusing on a dark, romantic and somewhat militaristic visual style à la their musical heroes Joy Division, Siouxsie and the Banshees and The Cure. When we asked Camlann about their fashion influences, they explained, “Fashion-wise, we are really inspired by how goths dressed back in the 80s and in the 90s. Siouxsie Sioux and Robert Smith would be our biggest influence on fashion. The goth subculture in general really influenced us as musicians and it shaped how we sound now.” The paradox of such young musicians devoutly creating music in the style of an era they didn’t live through could be a disaster, but Camlann shows promise in their songwriting and vocal delivery, taking cues from first wave icons like Elizabeth Fraser and Ian Curtis as well as contemporary voices like Larissa Iceglass and Jae Matthews. Camlann described their sound as a mix of genres, saying “we mix them with other genres such as new wave, synthwave, and even Japanese city pop. If we should describe our music to people who have not yet listened to our music, we would describe our music as, “Hauntingly dark and melancholic synth-driven music.”

You can also hear tinges of pop, especially in reference to the emotive guitar and vocal pleas of The Smiths, which adds to the layers of influences on Camlann’s sound. The members have made it clear that a collaboration with their contemporary musical heroes Drab Majesty would be the zenith of their young musical careers. Given the trajectory Camlann has already set for themselves, this isn’t an implausible goal.

When the world resumes some of its normal level of functionality post-COVID, we can look forward to seeing Camlann perform live or at least continue to release more music and livestream performances. Given their young age, the members of Camlann didn’t have extensive experience in their local scene. Regarding the alternative scene in Jakarta, “We’re still high school students, so we don’t have a lot of time to participate actively in the scene. But from our few experiences, the scene is totally great. Various alternative genres come together and we see that people in the scene are actively supporting each other. It’s a great scene.” True to form as their predecessors did, Camlann is crafting their own voice incorporating style cues from eras past while finding their own expression of the contemporary complexities and ennui. If the future is dark and moody, we are grateful that the younger generation is already beginning to show up in the dark alternative scene to carry it forward.

Follow Camlann on Instagram and Facebook for updates and check out the full interview with Camlann in the Fall 2020 Issue. To read more about bands we cover for this feature, check out all of our Emerging interviews. 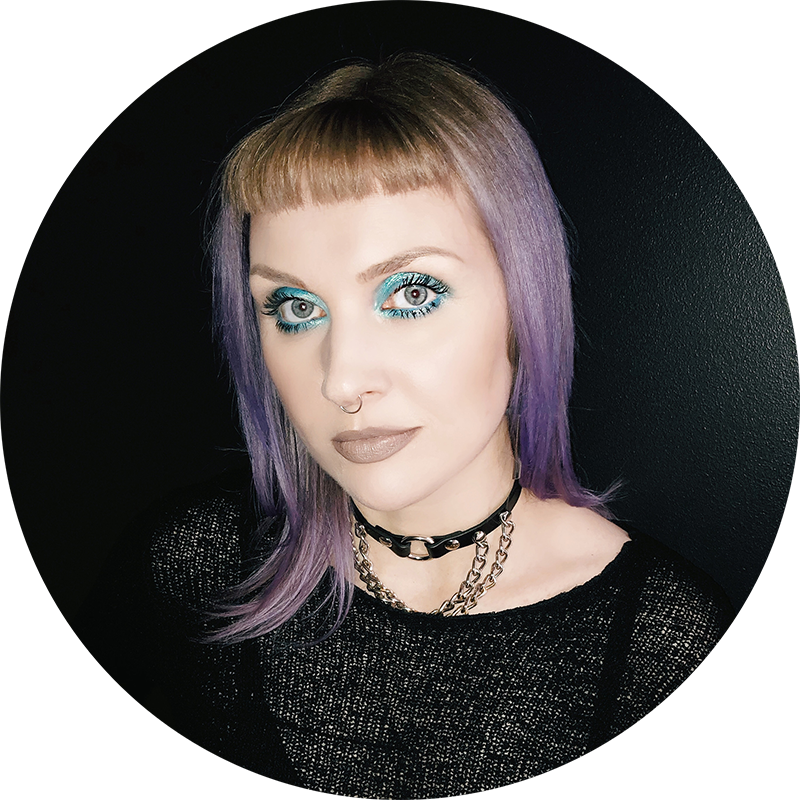 Elizabeth Rhodes is the Associate Editor of Auxiliary. Based in Los Angeles, she is a writer, DJ, modern mystic, and astrology junkie.