Baltimore MD, July 30 to August 1 – Anyone who has entered the world of con-going knows that it can and should be an intense experience.  Otakon is a 3-day Japanese subculture convention with a 22,000 person attendance.  At any hour between 8 AM Friday to 3 PM Sunday there are 5-8 possible events one could attend, in addition to football-field-sized dealers’, artists’, and gaming floors open throughout, not to mention unofficial events, meetups, and photoshoots going on in and around the convention center.  Official entertainment includes raves, fashion shows, screenings, educational and humor panels, concerts, and burlesque acts.  The accommodations themselves were plush.  It took place in the Baltimore Convention Center, a beautiful, gargantuan tribute to glass-and-cement architecture with everything from rooftop gardens to a Starbucks, in addition to all those staples for hardcore con-goers: plenty of clean bathrooms, comfortable seating, free water available everywhere you go.  These are necessities because if you want to really get the experience of an affair of this magnitude, you have treat it like a marathon.  There’s not a single mile of this you can sit out. 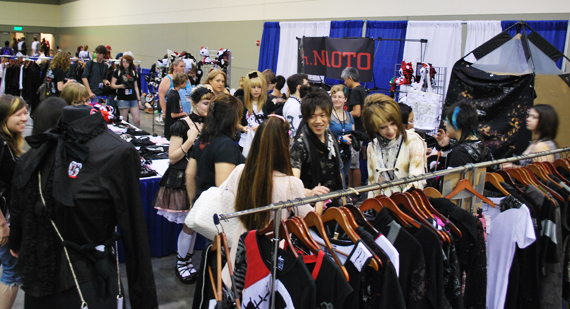 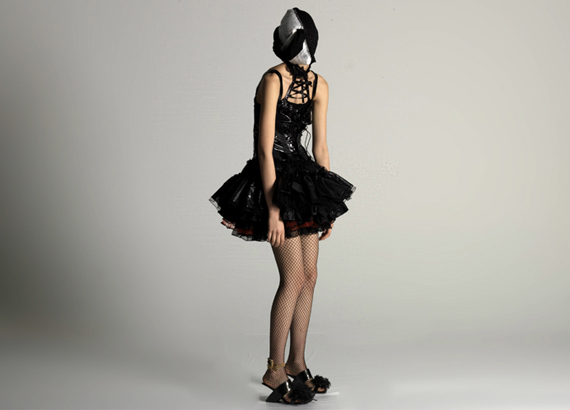 And that doesn’t mean for a moment you can skip on style.  Especially at an event like Otakon, seeing and being seen is imperative. Dressing up, people-watching, and taking photos of the best-dressed is all part of the fun.  Adaptations of not just the Japanese looks, but all strains of subculture were on parade.  This year, the convention had brought in h.Naoto, the prolific Japanese designer of all sorts of dark and decayed wearables.  He made a number of appearances, one in which young designers brought in portfolios and samples for him to critique, one in which he gave a Q&A and short fashion show, and several at his booth in the dealer’s room, where one could purchase his wares.  At the Q&A, Mr. Naoto was asked about the relationship between his designs and street fashion.  He replied, via translator, that while he knew all about goth, punk, Lolita, etc. and appreciated all of them, he wasn’t interested in designing in any one of those genres, but in taking what he likes from each and what he see in his own mind and creating something completely new.  He emphasized that you needed creativity, to bring something new into the look. 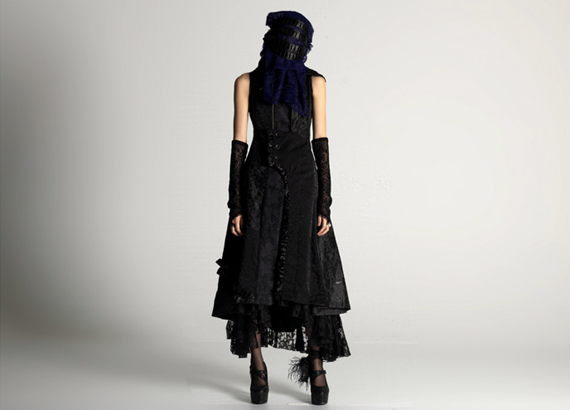 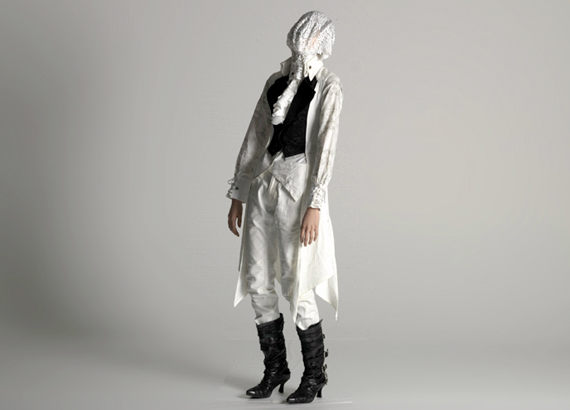 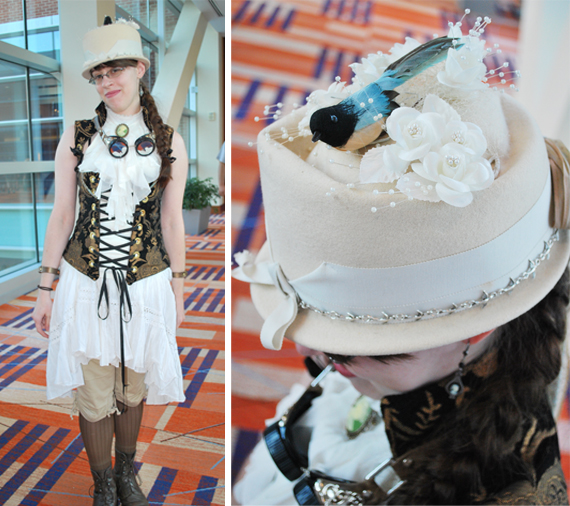 It was at his events that one could find the gothic lolitas in their best form.  Elsewhere, steampunks were a small but strong contingent.  Ravers had a big presence (as did polite offers of hullucinogens), but fetish-types, anachronists, and goths also graced the convention halls with their unique twists on con-wear.  These DIY gems were found among the standard fare at convention halls, cosplayers.  While some of the exact-character-replica costumes were impressive, at some point, you’ve seen enough Misas, Edward Elrics, and Narutos to last a lifetime.  The real characters are the ones con-goers invent, design, and display on their own, pulled only from their twisted, wonderful imaginations. 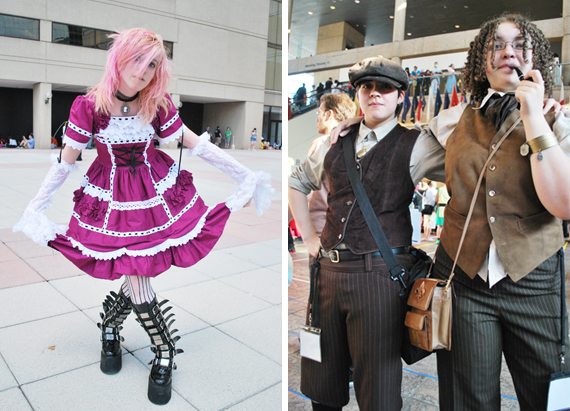 3 comments on “in attendance : Otakon”